I was very surprised the other day, when a friend in England sent me a photo of herself, holding ‘Peg Looms and Weaving Sticks’!

I haven’t received my copy yet, so I was amazed to see that it has made it’s way to England before it’s official release date.

It was neat to see what the final version of the front cover looks like.

I still don’t know what the back cover looks like 🙂

So, this video, which I had planned to be a ‘Sneak Peek’ at the book, isn’t really a sneak peek since some people already have it (even if I don’t!) 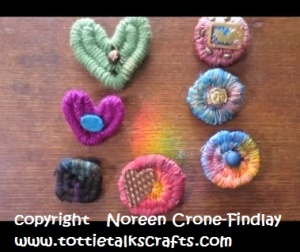 In this video, I am focusing on the wearables in the book.

The book can be ordered from the Book Depository- I’d never heard of them until my editor told me about them, but I think it’s great that they ship worldwide,  free.  LINK 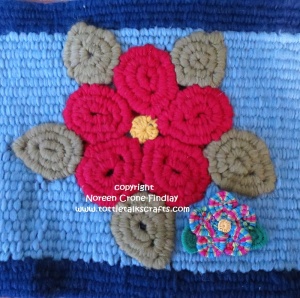 I’ve just made a video that shows some of the projects in my book, Peg Looms & Weaving Sticks

I’ll be making more videos, showing more of the projects in the book.

The book is available online from the National Book Depository: LINK and from local bookstores.

(I am seriously Happy, happy dancing!)